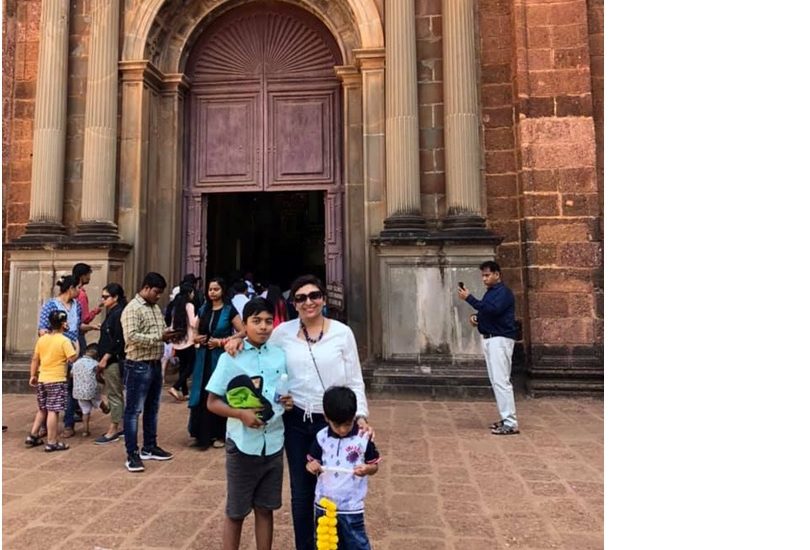 This was our first destination and i was happily Unveiling Glamor of Goa. Our resort had a comfortable one-bedroom apartment with a big swimming pool; the package also included breakfast.

Over time, we had realized that included breakfast deal was always handy as it not only saved time but gave a
head start for the day.

How we spend Day 1

In Goa, there were plenty of scooters, bike or car rental facilities and we decided to hire a scooter for commuting in Goa. We could have opted for a car rental but the scooty option appeared enticing; it was not only 60 % cheaper but presented as more fun for us including kids (kids had never been on a scooter in Australia).

On day 2, we travelled to Panjim and South Goa and visited famous churches.

Day 3 was for Goa beaches.

Beaches appeared to be the tourists’ favourite place. These were flocked by people and the atmosphere at Goa beaches by the dusk was like a night party.

I found water in Indian
Ocean to be warm and pleasing (our experience in the Pacific Ocean in NZ and Australia had been different where the water around the year stayed too cold).

The shacks on the beach were something which I experienced for the first time with this being something beyond imagination on NZ and Australia beaches.

What are the Shacks ?

For people who do not know, shacks are the restaurants set in tents right on the beach. These shacks are decorated with ferry lights and loud music played in each of these shacks. This was a unique beach experience overall.

The other thing we could not ignore was hundreds of cashews shops around the Calangute area and all over Goa. The cashews were not cheap as such but were claimed to be of good quality.

The Koorg area apparently has the best climate to grow cashews. In terms of food, there was no dearth of restaurants in Goa however we found these restaurants comparatively expensive.