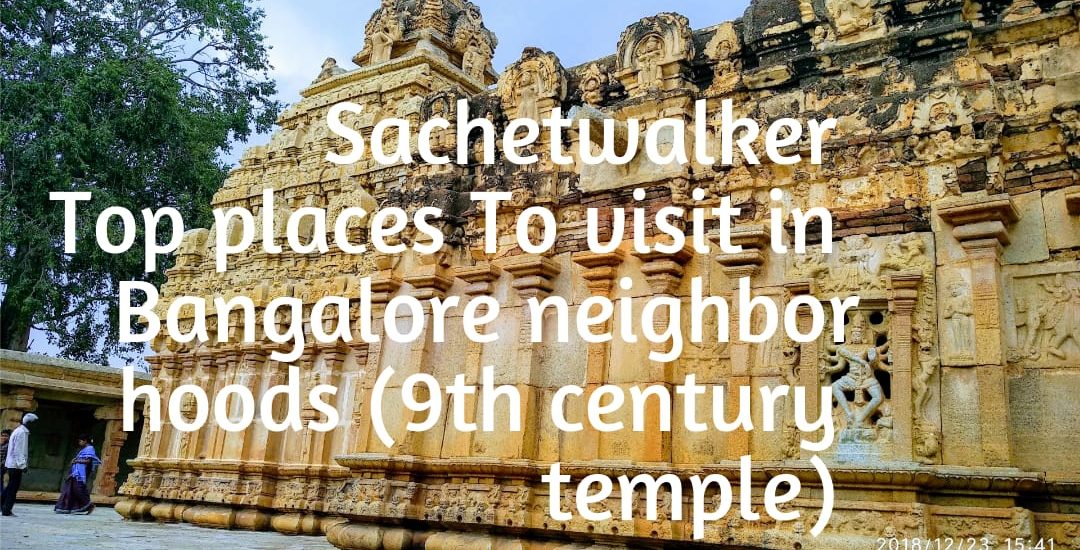 An Archaeological gem is located nearby Nandi Hills and must visit place for history and sculpture lovers. “Bhoga Nandishwara” or “Bhoga Nandishvara”) is a Hindu temple located in Nandi village, at the base of Nandi Hills (or Nandidurga) in the Chikkaballapur district of Karnataka state, India.

Therefore Bhoga Nandeeshwara is located at a distance of 54 km from Bangalore and at the bottom of Nandi Hills.

Enclosed in its own prakara measuring 112.8m x 76.2m with double mahadvara, this complex consists of twin temples dedicated to Siva as Bhoganandisvara (north) and Arunachalesvara (south). Between the two is a small intervening shrine.

The orientation of Temple

Each temple consists of a garbhagriha, a sukanasi and a navaranga with sculptured jalis. Both temples have individual nandimandapas in front.

Garbhagriha – Inner sanctum – The garbhagriha of each temple is a sanctified space in the temple.

The sukanasi, identified with the antarala, is the same size as the garbhagriha.

This is the place for singing and dancing in honor of the gods.

The prakara has two Devi shrines and other related structures like vasantamandapa tulabharamandapa and a square stepped tank.

The other portion of the temple houses a large indoor water pond, called Sringeri Teertha and has rock cut steps on which many lamps are lit by the side of the tank on certain festive days like Deepavali.

Sri Bhoga Nandishwara Temple The main temple is the Bhoga Nandeeshwara temle has a royal Shiva Linga in the Sanctum. There is a figure of a Chola King in this temple. The figure is believed to be of Rajendra Chola Chola dynasty.