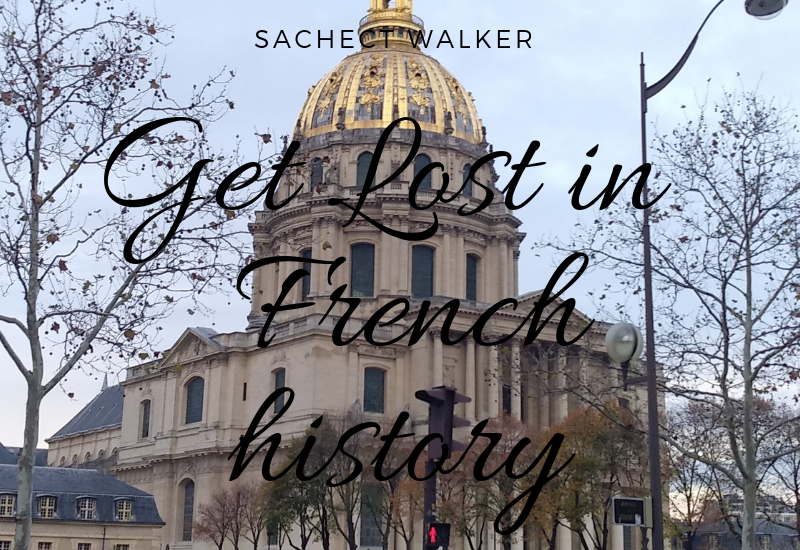 Invalides witnessed hundred years after the armistice and 250 work from 15 countries orphan on display for the first time including some extraordinary item nationals of treaties, the vehicle used to sound the ceasefire, maps the archive films, Shine.

In the east for without end, take you on a journey to discover this little known period and understand how the new face of post-war Europe came into being.

The Museum is divided into areas: The Internal Resistance, Free France, Deportation and Magnificent Napoleon Tomb.

first and foremost, resistance
the was a rejection of defeat, the Occupation, Nazism, and an anti-republican that collaborated with the enemy.

Going beyond social Origins and political convictions, the resistance was a minority and evolving phenomena that nonetheless relied on a population that was increasingly favourable to its cause.

From 1942 -1944, with inventiveness and amid immense difficulties, it was gradually that the internal resistance organised itself into networks, movements and then the maquis, co-ordinated its work, and joined up with combatants and liberation.

The Companions of the Liberation who took part in internal resistance (over 300 in number)had roles in most of the Clandestine organisation and used a variety of operational modes formation escape sabotage propaganda, protection armed struggle )

General de Gaulle established free France in July 1940 in England. Its aim was to continue the war, librate France, and return the country to its status. With poor means and with no internal recognition, experience that difficult beginning.

However, Before the end of 1940, the rallying round of French equatorial Africa, Cameroon, and the territories of a senior give it a territorial base and General the  Gaulle a basis of legitimacy.

At the military level, the free French force, which was initially formed of a few thousand volunteers, did not exceed 60,000 people in 1943.

Between 1940 and 1945 the land, the navel, and a force of free France distinguished himself on several continents why maintaining Francis presence in world War. Often among the first to join up, over 700 companions of the liberation, including 18 fighting units, belong to free French forces.

In 1933, the aim of the Nazi Regime was to terrorize, repress And re-educate, German society. Concentration camps were one of the clogs of totalitarian ideology.

They formed the system in which the number of detainees where dramatically increased by word conflict.

Victims where mainly resistance fighters, politicians, people who refused to work, and people rounded up in reprisal, deported throughout occupied you Europe. As part of the genocide, the Jews including 74002 left France, were sent to extermination camps, most of them there assassinated immediately upon arrival.

In occupied France, deportation, which was the main tool of German depression, affected 70000 people. 1942 onward, the Nazi use devotees as slave labour. Detainees would henceforth work and die of Hunger and exhaustion for war economy of Reich. 42 companion of liberation, three women wear deported. 12 did not return from the camps.

The church of the Tomb

The churches the church of the Dome or a royal Church was built in 1677 and 1706 art of double- sanctuary whose construction, encrusted to JULES HARDOUIN MANSART

The religious function was restart, by Napoleon Bonaparte who also uses the church as a military Pantheon.

The edification of monumental Tomb of Napoleon beginning in 1841- 1842, altered The Separation of two churches, first by bronze glitter elected by Louie Tulips Visconti architecture of Napoleon tomb, and then buy a used window installed in 1872 by Alphonsa Nicholas

During the Second Empire, the Church function does Pantheon of the Imperial dynasty Napoleon III, Napoleon once nephew, authorised with reluctance that Tomb of two of The Emperor’s brother, xiaomi Bonaparte king of Westphalia and Joseph Bonaparte King of Naples and later of Spain to be relooked to be located there

On the Republic continue to honour its most prestigious Military Chief by welcoming there remains in the church of the Dome.

Napoleon paved his own path to success. Starting as a second lieutenant, he used his military genius to ultimately take a position that no one had occupied prior to him. When he came to power, Napoleon tried to correct the harm done during the reign of terror.

Aside from being triumphant in battles and building an empire, Bonaparte also laid the foundation for modern French Education and created a set of laws (known as the Napoleonic Code) based on common sense and equality.

Napoleon was an extremely ambitious and intelligent man, known for his ability to multitask. While European countries formed coalitions trying to defeat him, he was able to escape even from exile and take over his empire again for a brief period, before losing the famous Battle of Waterloo.

The Tomb of Napoleon king Louis Philips set out to Reconcile the French after several decades of division and antagonism. Turn off napoleon’s Ashes in December 1840 part of disc drive for National Unity the event was presented by negotiation with Great Britain and give rise to heated debates over its appropriateness, cost and finally serial form.

Bearing witness to the KF for military veterans manifested by French King Louis xiv, and a temple of French military Glory under the consulate an Empire, hotel Des Invalides Hussain in 1842 how’s the Emperors last resting place.

Variety design where submitted the government choose the one by which quantity who proposed to create an open crypt surrounded by Ambulatory the work was finished in 1853 napoleon’s Ashes were not transferred there until 61 after Napoleon III had taught with the idea of creating a family burial vault in the cathedral of Saint-Denis alongside French kings.

The order of Liberation is France second highest order after the legend of order in has just one rank and one title, and companion of liberation.
The Museum room dedicated to general displays his personal item decoration and uniform items in several of his manuscript as one of the posters to all French people

Charles De Gaulle after officer he was taken prisoner in 1916 and intern in Germany a military theories Charles De Gaulle commanded and armour division germans in May 1940 he was promoted to the rank of general and called to serve in the government on 17 June.

when he founded V Republican and became its first president he pursued an ambitious domestic policy on development and active foreign policy he was re-elected in 1965 and relinquished power in April 1969 defeated by a referendum.

5 Replies to “Ironclad Invalides: Museum of the Order of Liberation:”