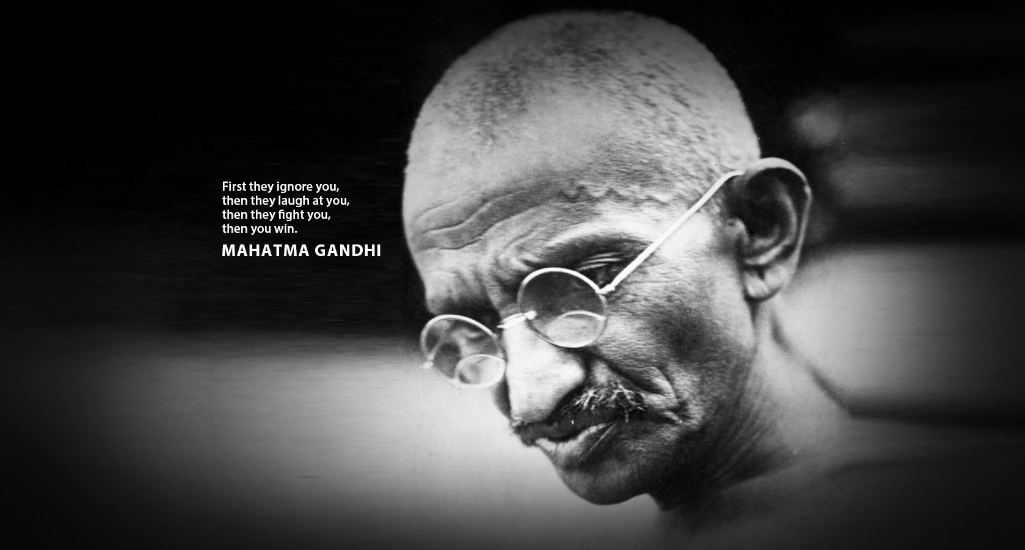 I do share something inseparable with Gandhi, that is our birthday 2nd October however since childhood people especially my mother tell me that I share the only quality of speaking the truth which is similar to him otherwise I am opposite of Gandhi.

Somehow in childhood, I got contaminated with the ideas of hatred for Gandhi, I do remember having a heated argument in a train journey when I was in class 12 with some college graduate over Gandhi contributions to the world than one fellow traveller told me that one day you will realize the real value of Gandhi.

After that many years when I went to Delhi for further education, I met Mr Avadh Ojha where he was hardcore Gandhi sympathizers pray, preach, idealize, respect and invoke incidents from Modern Indian history to inspire us for Gandhi.

He gave India and world ways of resisting “unjust authority without using force”. He gave the tool of nonviolent resistance whenever there is injustice you can use nonviolence ways to overcome them. This is the moral power of nonviolence.

loved his country and culture although he does recognize its shortcoming, he asked first to look within us in the way which we ever imperfect and find out the ways to overcome it.

Spends his life building bridges between the horizontal caste barriers and vertical religious barriers.
“A coward is incapable of exhibiting love; it is the prerogative of the brave”.

Even he was from the Business class Gujarat family but he was not a narrow-minded he loves the other languages and religion. He was a religious linguistic pluralistic who got his experience from Parsi, Tamilians, and others.

5.Not a frog in the well

Gandhi was much aware of Western ideas he learns a lot from Ram Chandra Bhai, Gokhale on the inequality of caste and gender and from Tolstoy as well. He was having no hatred for even Britishers
“Hate the sin, love the sinner”.

A precocious environmentalist who thought on brindled growth and consumerism bring a planetary disaster.
“Earth provides enough to satisfy every man’s needs, but not every man’s greed.”

Most important that he was having the ability to grow and evolved. As progress toward them as fact changes, he changes his attitude. Which is evident from continuously changing thoughts over race and caste.

To make leaders out of followers he gives some Colossal figure in free India like Kamla Devi, Zakir Hussain and many more

Willingness to see the opponents point of view reach out to them and seeking a middle ground. He was capable of holding grudges. He used to says that there is no hatred only intellectual or political difference.

The political life of Gandhi could be anybody could reach to him talk to him.

At last his wise words
“Whatever you do will be insignificant, but it is very important that you do it.”