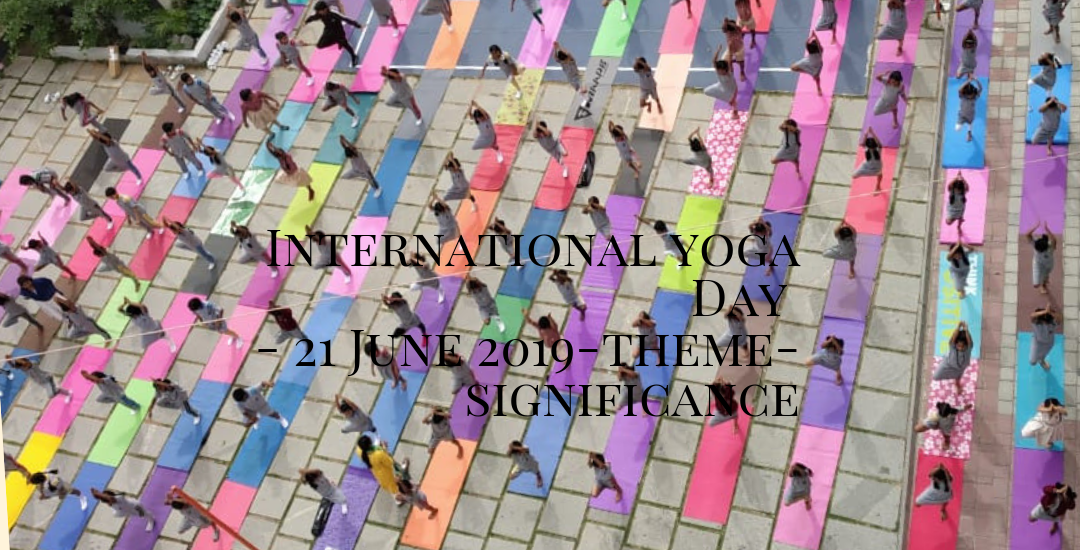 Being part of a bigger family such as the ART OF LIVING. I got this opportunity to be part of a Yoga team. With a bunch of people, we conducted two sessions of Yoga with an estimated 300 students. This was an overwhelming experience to celebrate fifth International Yoga Day at Narayana Techno School.

On December 11 in 2014, the United Nations General Assembly declared June 21st as the International Day of Yoga. The declaration came at the behest of the Indian Prime Minister, Narendra Modi during his address to UN General Assembly on September 27, 2014, wherein he stated: “Yoga is an invaluable gift of India’s ancient tradition.

It embodies the unity of mind and body; thought and action; restraint and fulfillment; harmony between man and nature; a holistic approach to health and well-being.

It is not about exercise but to discover the sense of oneness with yourself, the world and nature”.

In Suggesting June 21, which is the Summer Solstice, as the International Day of Yoga,

Narendra Modi had said: “the date is the longest day of the year in the Northern Hemisphere and has special significance in many parts of the world.”

In Swami Vivekananda “all this bringing of the mind into a higher state of vibration is included in one word in Yoga .”Yoga is an ancient physical, mental and spiritual practice that originated in India.

However, the word ‘yoga’ derives from Sanskrit and means to join or to unite, symbolizing the union of body and consciousness.

Why do we mark International Days?

International days are occasions to educate the public on issues of concern, to mobilize political will and resources to address global problems and to celebrate and reinforce the achievements of humanity.

The existence of international days predates the establishment of the United Nations, but the UN has embraced them as a powerful advocacy tool.

What is theme for International Yoga DAY 2019?

The theme of 5th International Yoga Day 2019 is “Climate Action”. In the United Nation, it will be celebrated a day before that is on 20 June 2019 with ‘Yoga with Gurus’ and followed by a panel of discussion on 21 June.

However, Climate Action theme focuses on the way how yoga can help us to solve the problem of climate change and also it brings a lot more benefits to the lives of people.

What is the Meaning of the International Yoga Day logo ?

It is necessary to work towards climate change. The sense of respect for mother earth overcomes regular yoga practitioners that will help people to act in a certain way at home and working environment to work and build a better future.

Above all the significance of International Yoga Day

4.In addition to Weight reduction.Cardio and circulatory health

Hatha Yoga-  Hath Yoga encompasses styles which include Bikram Yoga, Ashtanga Yoga, and Kundalini Yoga and aims for the physical wellness of a person. This form of yoga aims to bring about a balance between the positive and negative energies of the body.

Kundalini Yoga-  This form of Yoga is more spiritual in nature and aims to activate the root chakra in the human body, through which increased awareness of the surrounding environment can be created.

Raja Yoga- Raja Yoga is one of the six traditional schools of Hindu philosophy and aims to provide its practitioner with the power of detachment so that he can enjoy everything without getting attached or bound by them.

Karma Yoga- Karma yoga is a form of Yoga which teaches the karma yogi to practice selfless action without aspiring for any kind of material or spiritual gains. The dialogue between Arjun and Sri Krishna in Bhagwad Gita embodies the principle of Karma Yoga.

Bhakti Yoga- The origin of Bhakti Yoga can be traced back to the Upanishads, which is focused on the cultivation of love and devotion towards God. In Bhakti Yoga, the yogi aims to attain spiritual liberation through the attainment of oneness with God.

Over a period of time, this ancient practice of yoga has undergone many changes, to become adaptable to the needs of modern civilization.

In the postmodern era, SRI SRI RAVI SHANKAR JI SAYS “The wisdom of Yoga transforms one from arrogance to self-confidence; meekness to humility; from dependence to a realization of interdependence.”